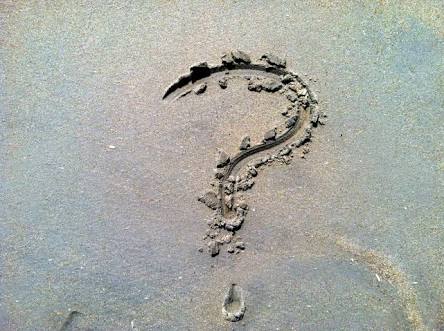 I didn’t lose my faith all at once. In fact, you could say it was felled by a thousand cuts. Never invulnerable to doubt (one of my most frequent prayers from the earliest days after my conversion was “Lord, I believe. Help my unbelief…”) I found myself over the years increasingly confronted with irreconcilable differences between my faith – my understanding of God, the universe and how life worked – and my reality.

From a young age, I wondered how God could be all powerful and all loving, and still manage to gaze upon the world and his creatures without flinching. As we loved and lusted and hated and used and abused. As we rejoiced and grieved and played and worked and grew weary and died. Was it worth it, I wondered? Did he feel he was justified in creating this world and the human race that seemed alternately hellbent on destroying itself, or just desperate to survive in a hostile world? Did he feel guilty, ever, at having put all this in motion without our consent, the very ones who he would consign to hell unless we believed in Him – the unknown God? These were important questions. I was supposedly pursuing an intimate relationship with this God, and yet I couldn’t begin to understand the motivations behind these actions. “His thoughts are higher than our thoughts”, I know. But how does one have a personal relationship with a being who is essentially unknowable? In spite of this, I continued to try and pursue this relationship over three decades (which to my frustration was like grasping the wind). Until fairly recently I did not allow myself to look these questions squarely in the eye, as I knew that the implications – the answers I found, or chose – would be significant.

The great plan of salvation, I confess, never made complete sense to me. Even as I participated in campus outreach (mostly unsuccessfully, I might add) I had niggles of doubt which I usually managed to drown out, given the urgency of the mission. But every now and then, during church or at my devotions, I found myself wondering – why did God need to kill his son, why couldn’t he just forgive, as you and I forgive? The more I considered this, the more the idea of physical, substitutionary atonement seemed an ancient one, adopted by cultures and societies since the beginning of time in their attempts to appease their angry gods.

How could I be held guilty for someone else’s sin (i.e. Adam and Eve, our misguided forefathers)? How could Jesus take on the guilt of the world – substituting our guilt for his innocence? This is not how human justice works…and for good reasons. Why would we assume it was an acceptable modus operandi for the divine?

When did Jesus realize he was the son of God? What about all the other itinerant preachers in Palestine during that era – did they also believe they were God’s son?

Was the Bible really the inerrant word of God? Other religions believed that about their holy books, too. When I started reading about how the canon of scripture came about, I realized that this collection of books was written by men, transcribed by men, interpreted and translated by men, and that at every step along the way, over a period of two thousand years, innumerable errors were made. We no longer have any of the original texts. And yet evangelical Christians insist the scripture has not changed, that it is God-breathed and perfect.

Speaking of the divine, I often puzzled over why God was so exclusive, only known to us, the Christ followers, the blessed ones. What about those who believed in a different God, or were raised in a faith different from ours? I was taught by my church that unless you believed the Bible was the word of God, you were lost in the wilderness and would pay for your ignorance / rejection of the seen-through-a-glass-darkly “truth” for eternity. But what if the version of Jesus you were exposed to was repugnant – a televangelist in an expensive suit, bragging in his private jet about his good deeds in far-flung, poverty-ravaged countries? Or a priest who abused young boys? Or a pastor who had multiple extramarital affairs while preaching that the only acceptable romantic relationships were courtship and marriage?

And where is God during natural disasters, and when couples are desperate to conceive, and in hospital wards where children breathe their last and leave parents devastated and broken? Where was God for ages past when mothers died in childbirth (without modern medicine, I would certainly have been counted among them), and children without number succumbed to fevers in the night? On that last one – let’s remember that it’s not the mercy of God that largely protects our children from this fate now – its antibiotics.

Why pray to a God whose mind cannot be fathomed, whose motivations are unknowable, and whose power seems questionable or inconsistent at best?

There are so many other questions that have arisen over the years. For example, how can homosexuality be a sin against God, when some people are clearly attracted to people of their own gender from a young age, and follow their hearts despite enormous social pressure to conform? Would they choose the pain, the angst, the trauma of this decision, if it was in fact a decision and not a biological reality? What about those people who describe themselves as intersex, with elements of both genders in their biology? Our binary, “biblical” understanding of sexuality and marriage confine these people to the outermost margins of society, in fact gives them no place at all. I can no longer accept that as truth.

It has been said that all thinking Christians ask these questions at some stage in their journey. The way we handle these questions, and the answers we settle on, naturally have far reaching implications for our faith or lack thereof. Have you asked these or other questions? What conclusions have you reached? I would love to hear your thoughts.

“Be patient toward all that is unsolved in your heart, and try to love the questions themselves…”
(Rainer Maria Rilke)